The Death of Net Neutrality and its Security Implications 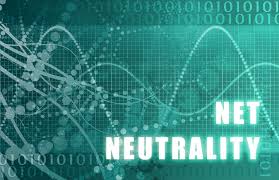 Information is an indispensable asset these days to reach some semblance of truth. And one of its major facilitators is the wide-reaching plane of the internet. The internet is a telecommunications system which registers an individual’s queries and supplies him/her with the adequate information that fits the description. It is a whole wide world in itself, where everything from marketplaces to musical stages exists in a virtual model. It is the basis of an uber-technological future. That is why it is free and unbiased assess to all and sundry is important.

Net neutrality ensured just this. It acted as a rein on the Internet Service Providers’ necks, preventing them from tampering with the provision of broadband content and web applications based on their source. It empowered the users by handing control of the information to them. You could search anything over your neutral network, acquired from something dependable like Spectrum packages, and be shown fast and unbiased results. The sifting would be your choice. The results would not be subjectively tailored by an ISP, like Comcast etc. Therein lied your freedom.

However, the use of the past tense indicates that the situation has officially changed now. The government of the businessmen has brought their corporate interests to the forefront and repealed the consumer-favoring rules of net neutrality. Why? They argued that this impartial provision was not in favor of the companies, as it did not inspire innovation nor any positive competition, the basis of capitalism. ISPs should be free to do as they think fit, and this includes maneuvering the broadband supply. Ladies and gentlemen, the death of net neutrality is here. But how does it affect you? More importantly, does it mean the end of free and secure internet? Let’s find out the security implications of this move.

Where there is good, there is bad. Just like that, the internet is filled to the brim with shady criminals and other sinister entities who are always on the lookout for the opportunities to hack your network and attack your privacy by infecting it with spyware, malware, and other disruptive viruses. It is against them that security reinforcements of all sorts are deployed. Nothing should be able to compromise the protective shield of your network. Only by this, can you safely browse the web and carry out your daily tasks. However, the end of net neutrality has altogether turned the tables against the safety-concerned consumers. How?

In the past, the Internet Service Providers used to furnish their subscribers with substantial cyber-security protections against the massive horde of online attackers, on a regular scale. Why? Because they were bound to ensure an equal and a non-tampered coverage of the broadband to their users. If they didn’t, the consumer would simply change the ISP and shift to another one. That’s because net neutrality gave more power to the paying customer. However, the situation has changed now. The power has been shifted to the ISPs who can monopolize on the supply of safe broadband to the users. What they were offering for free before, might come at a significant cost now. And this includes those mandatory cyber-protections.

Is it the start of a terribly insecure online life?

You, as a consumer, officially after 23rd April’s net neutrality repeal, will have to make a difficult choice: Either you can meet the higher demands of the ISPs for maintaining your current network-security shields or you can lose those safeguards and be exposed to attack. And keeping in mind that not everyone can afford to gratify the whimsicalities of the ISPs, the rate of cyber-attacks will only increase in the future. Worse than that, additional security layers will only come at the price the ISPs decide.

The internet used to be a great equalizer. Everyone had a chance to express themselves online and even come to the top, whether it be a tech startup or an eleven-year-old musician. ISPs made all the platforms available and couldn’t restrict access to any. It was the rule of the people. Now, after the end of net neutrality, things have changed significantly. The internet has been handed over to the corporations now, which operate solely out of their vested interests and not those of the consumers. Access depends on the Internet Service Providers’ priorities and preferences now. If you’re confused about your brand you can always call the spectrum customer service and ask them where they stand before switching to them.

Moreover, the firms which back up the ISPs more than the others also get to tailor the content that’s made available to the users. For instance, rivals like Netflix and Hulu would not want the others’ content to be channeled by the respective ISP that they fund, right? Thus, depriving the user of a comprehensive entertainment and allowing only a tiered version. Similarly, in the matters of cyber-security dispersal, certain important features would not reach the consumers because the firm-funded ISP would not allow it, thereby crushing the consumer in the corporate competition. Deprived of holistic security.

Let’s look at it from a data-security perspective. Ever since the last few years, businesses have been transitioning online, changing their modules from traditional to digital. But this virtual shift has come at a cost. More and more the e-commercial ventures are exposed to increasingly sophisticated cyber-threats. Their online data rendered vulnerable in the face of spyware and malware. And as you know, data is the core of a business. If it is not protected with all the possible cyber-security shields, then it can prove to be counter-profitable to a firm. But with the end of net neutrality, there is a possibility that a firm’s data security might be jeopardized due to the loss of unbiased internet provision. For instance, a rival firm might better fund your usual ISP, winning them over, who’d then restricted the cyber-security shields they were providing you in the first place, exposing your data to attack.

ISP eccentricities. This what the death of net neutrality majorly entails. And with the spiky rise of their separate individualities, the overall network playing field becomes un-levelled. Let me illustrate with an example. A certain web application comes to be imperative for your next business presentation. But because of the difference of network specifications and environments—at home, in office, and the coffee shops—you’re not able to operate it optimally. Each ISP brings its control to the forefront, and in this tug of war, the consumer is rendered helpless. Thus, with the increase in such myriad number of internet environments, each having their shades, pros and cons, the cyber-attack surface considerably expands and hits the user where it hurts.

The End of VPNs:

What is a VPN? It is an encryption tunnel which hides a user’s internet activities from the eyes of the cyber-attackers and also of the ISPs, a Virtual Private Network. Considering the end of net neutrality and the shift of power to the ISPs, VPNs are not something that ISPs would agree with, now that they have the green signal to alter the traffic directed to you any way they like. So, with this, they might put an end to encryption tunnels entirely or charge a high fee for premium services, previously offered for free before. The end of all-encompassing VPNs would bring millions of cyber-attackers to your virtual doorstep.

Thus, as you can see, the security implications of killing net neutrality are quite grave and need full attention.